The document-oriented, open-source MongoDB is designed with both developer agility and scalability in mind. Classified as NoSQL, it steers away from relational database structure (table-based) and instead relies on an architecture of collections comprised of documents. If the goal of your company is to create applications that are impossible to build using other platforms, then online MongoDB client may be the best database for your business. You will be pleasantly surprised at its ability to improve your productivity and shorten the time it takes to complete certain tasks.

There are many advantages to using online MongoDB client. The key is to be aware of its capabilities and limitations so that you can decide if it is ultimately right for your goals and requirements.

Perhaps the biggest advantage of using online MongoDB client is horizontal scalability, via a technique referred to as ‘sharding.’ Data is distributed across several partitions to overcome hardware limitations and processing bottlenecks. Why store your data in rows and tables (such as in a relational database) when you can use MongoDB and store JSON (BSON) documents with dynamic schemas? Documents are part of ‘collections’ in MongoDB, and documents of a varying schema can become part of the same collections. MongoDB provides ACID support at the document level.

Many experts also prefer to use online MongoDB client because MongoDB supports replica sets, thereby allowing high redundancy. There is an automatic failsafe mechanism so in the event that the primary server fails, a secondary server automatically takes over.

Using online MongoDB client certainly has many advantages and makes sense for many organizations. That said, MongoDB also has its limitations. It does not support some relational database features, including ‘joins.’ MongoDB also suffers from the inadequacies associated with NoSQL databases. But with its extensive community support and documentation, MongoDB is certainly a flexible and cost-effective NoSQL option. 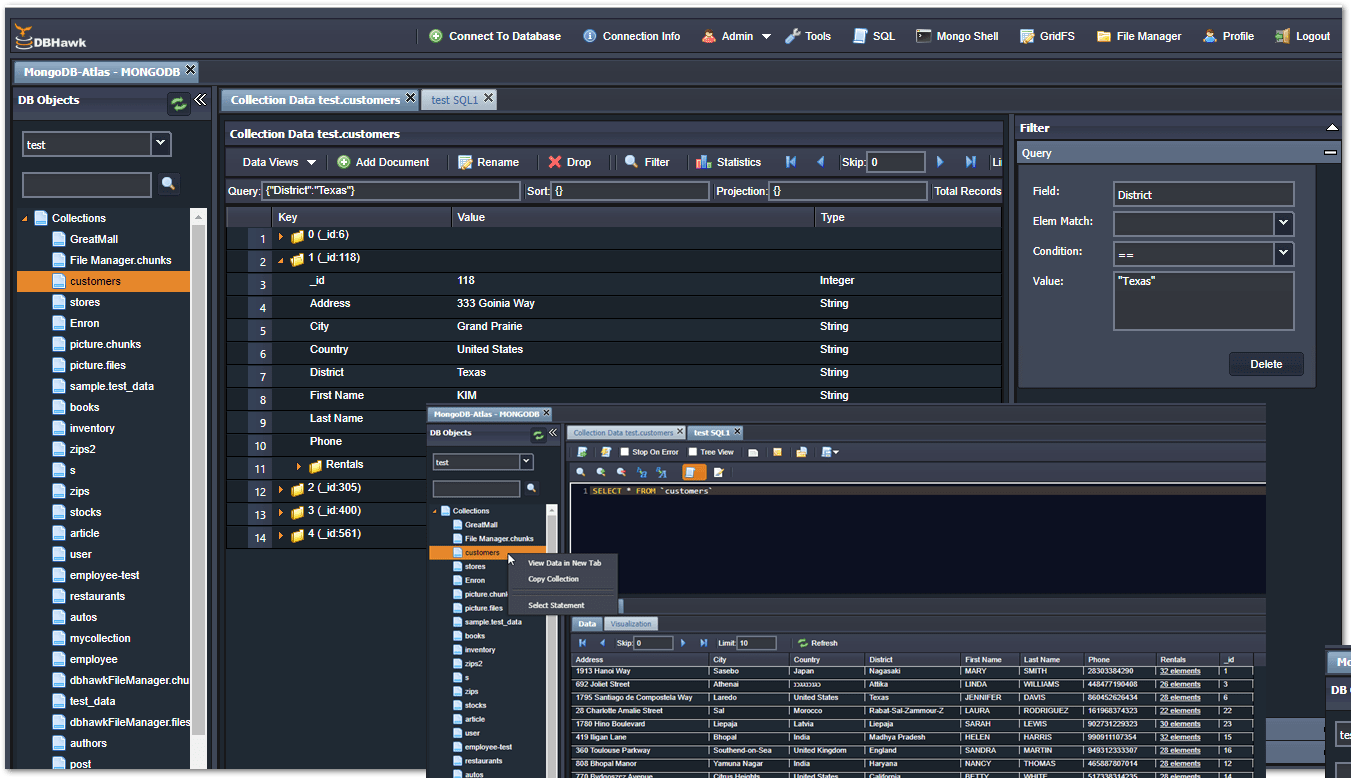 Get started for free.